The Board of County Commissioners broke plans Thursday for a regional waste-to-energy incinerator, preferring to haul the county’s waste to a landfill using a short-term contract instead. Commissioners Paul Smith and Billy Shreve cast the dissenting votes to maintain the job on the dining table while the county investigates its options.

“It is absolutely no charge to the county to maintain these options open,” Smith stated. “To do away with these choices is mad.”

Terminating the undertaking will not cost the county any money as the Northeast Maryland Waste Disposal Authority, a quasi-governmental service that helps the county meet its trash disposal needs, will cover the $500,000 conclusion fee. Any remaining funds after this payment will be divided between Frederick County and Carroll County, which was once a partner in the undertaking. These funds are out of payments the authority has obtained from Wheelabrator after the service contract has been executed in 2010.

But, Young said he saw no purpose in voting to maintain plans for an incinerator, which could burn trash to electricity, open because County Executive-elect Jan Gardner intended to scrap the facility after accepting office Dec. 1.

“In the event the county executive-elect says finishing the job, what are you going to do within the next 30 to 60 days to convince her not to?” Young stated.

County Attorney John Mathias stated Gardner held the power to determine the fate of this incinerator job, not the County Council, if a decision was not made Thursday.

“I think you should terminate the entire thing,” Gardner testified in front of the plank and approximately 100 people gathered at Winchester Hall, garnering some applause.

The board unanimously voted in favor of transporting the county’s trash to an out-of-state landfill for $50.95 per ton using a highest last-minute contract.

After considering five suggestions, including three out-of-state prices and 2 waste-to-energy facilities outside Maryland, the commissioners narrowed their choices between two sidewalks with varying contracts.

Commissioners previously leaned toward the first option, which offered contracts stretching 25 years at a mean of $54.97 a ton, although that cost can escalate annually using the consumer price index and fuel rates. However, the board unanimously chose the second option, which Gardner also favored.

Around 30 individuals testified in front of the board regarding the incinerator job, using a bit more than half in favor of scrapping it along with the remainder advocating for maintaining the job on the table to consider it more deeply.

“The incinerator is a waste of energy, a waste of resources (also ) a waste of cash,” Brunswick resident Ellis Burruss testified. “It’d be good not to waste any more time .”

Other residents noted the proposed location of this incinerator, near Monocacy National Battlefield, could ruin the playground ’s beauty and tourism.

However, resident Greg Brown voiced his support for a regional incinerator, supposing it had been more environmentally friendly than the other choices commissioners were contemplating.

“The top landfills … are three or more times more pollutant than a waste-to-energy facility,” Brown stated.

Another resident stated Europe has been constructing waste-to-energy centers for many years without the unwanted effects that many have brought up.

Jim Warner, CEO of the Lancaster County Solid Waste Management Authority in Pennsylvania, pitched a proposition for hauling the county’s trash, but the commissioners chose to proceed with an undisclosed out-of-state landfill using a Brief contract.

“I was actually with this (incinerator project), but with all the energy costs and Carroll County falling out … I’m not,” Delauter said, echoing the ideas of Young and Gray. 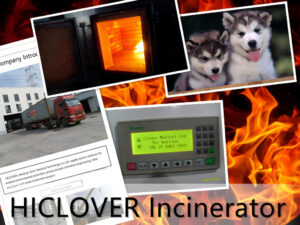